For my dear brother's 50 years Birthday I had the presents divided into several seperate parcels besides the house.
I created the tags myself.

The Grim One.
This tag is for a gift with a very popular magazine from our youth, called GRU (Horror).

The Fun One.
This tag hides a gift with two Donald Duck magazines but not just any old ones, my brother is born on 16th December 1963, unfortunately not any was published exactly that day, but I was able to get the one the week before and after that date, the 12th and the 19th December and being so old they are in fantastic conditions, not a scratch.
Throughout out childhood we got the Donald Dock magazine faithfully every week and we loved it.

The Sweet One.
Here the tag hides a CD gift with the good old band The Sweet, a live recording of their concert in Denmark in 1976.
I thought it was the concert my brother had attended but he believes there wasn't any recording of that one when he was there but it contains at least the entire repertoire of the concert and it was his very first concert he went to.

The Sour One.
Behind this tag is yet another CD with a Danish band called Den Danske Mafia.
Every time they have released a CD my brother got one, my husband have made ​​all the band's covers and the latest published CD he had not received yet so it was ideal to include it here.
***
﻿
Indsendt af Inge Willsen kl. 16.34 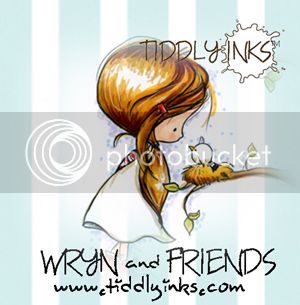