Two of the parcels are from private purchases, there are nothing wrong buying private and used items in fact are there plenty of good things saying about that like it's cheaper and you get at times a lot of great things that way :D 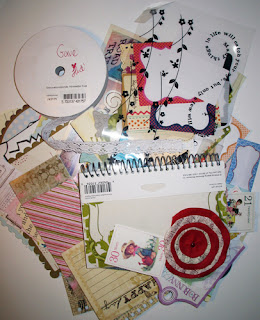 One of the parcels were from Heidi, I had bought a huge stack of various journaling and there certainly are a lot of great things in there :)
And heidi had been so sweet and enclosed a little gift a roll of lace ribbons, I so love laces, real sweet of her :) 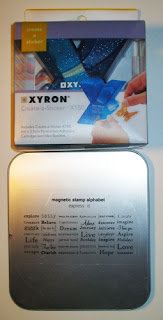 The other parcel were from Eva from whom I had bought a box of magnet stamps with great texts and a Xyron create-it-stickers, this last one is intended Freya, she loves to create her own stickers and with this little machine she can do as she pleases :D


From 1-2-3 Stitch I got two parcels, I know it sounds weird to get two from the same place but the fact is that when I had ordered the first one I found out, the day after, that I had forgotten a few things and placed another order :D

And since it had not arrived before the weekend I was really afraid that the toll had taken them :S ... but there were no reason for worries, I have never received a parcel from that company where it was taken by the toll yet and these two weren't either so boy I was relieved when I got them this morning :) 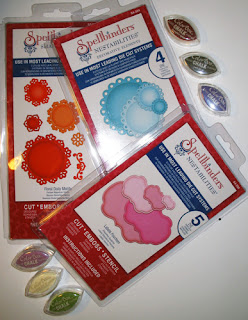 In the first parcel there were several cat Eye Inks and three different Spellbinders. 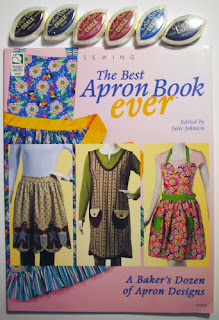 In the other one there were also some Cat Eye Inks and a special book on aprons in various models and sewing patterns for them :)﻿
***
Indsendt af Inge Willsen kl. 11.44