At Specialkøbmanden haven't I had the pleasure of being a regular customer but I do have bought a few items there and now it seems to be the last time shortly, because they are stopping with selling scrap things.

The 13th April I bought a few items there. 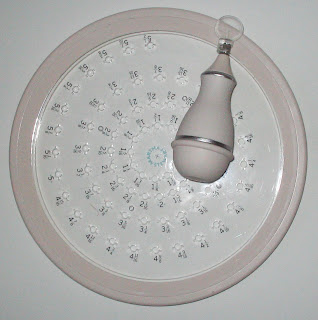 This Martha Stewart Circle Cutter have I looked at for quite a while now but thought the cost was a bit more than I would pay at the time and there were other things I wished to buy, but now it was reduced well in price so I decided time was in to buy it now :) 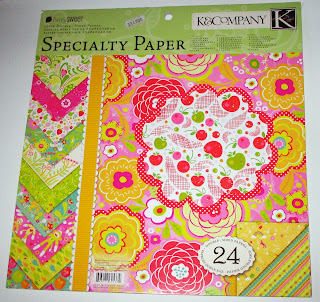 I had ordered another 12x12" designer paper stack but that sold out so after a brief conversation with the owner I decided on this one instead the K&Company Berry Sweet 12x12" double sided paper stack it has so many wonderful designs and colors.
***
Indsendt af Inge Willsen kl. 12.34