Since I had no time yesterday to blog, because there was a spring concert at my daughter's school and she had to sing in two stages, first with her class and later with the choir, it was fantastic and fun :D ... and today the blogger panel was down, so I'm a little behind to show what packages I have received, but then here it all will be shown at once :D

From a Lady named Annita, I had bought two stamps and got them too, mentioned in a previous post, but Santa Claus, I thought I had not bought, could not remember anything about it though, looked over it during the weekend and found out I had not bought Santa Claus but got him sent by mistake instead of this beautiful girl :)
After some correspondence with Annita I paid for Santa Claus too and had this girl here sent, there were fortunately no others who had bought Santa Claus and I could also just have sent him back to her again, but I liked him so we agreed that I bought him too: D
No problems in buying from private individuals, those I've dealt with so far have all been very nice people :D 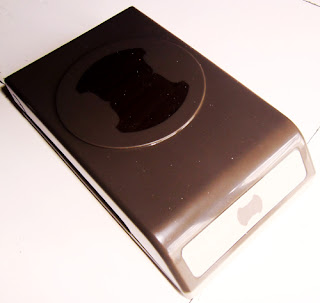 When it abruptly stopped for you to buy any stampin' Up products because for any snobbish reason, they will not sell to Denmark ???  ....  so I did not manag to buy some punches and stammps, it has now annoyed me a lot, partly because it was a bit expensive to buy the products ..... buuuut, then I found out that on Ebay they sell used and brand new SU products and although most are in the U.S. they send to Denmark: D
This one punch here, Rounded Tab, I'd really liked to have but did not, could not afford it at the time and there so many other products I wished to purchase then, unfortunately there isn't anyone here in Denmark who will sell their SU products yet and I understand them well, but nevermind, I found the punch on Ebay, it is brand new and cost less than what I would have given for it in this country, including postage ... I had never purchased on Ebay before so I was a little uneasy and calculated indeed to lose all the money and not get the package and if I got it I would have to pay customs too, etc :)
But there was just no reason for concern, because the package came to me with the punch, and it is in perfect condition and there was no duty on it either :D
So it will not be the last time I buy on Ebay :) 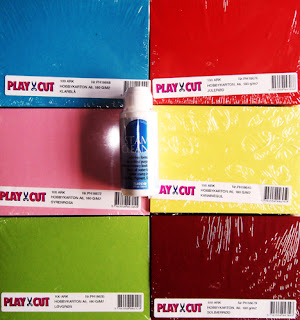 From CCHobby I ordered two cutting boards for my Big Shot, the ones I have are so worn out now that I am in need for new ones.
At the same time I bought some colored carton, 100 sheets of each color and rubber stamp cleaner.
Unfortunately did I not knew the plates were in back-order so I could not get them now, not before once in June :( ... and I did not get the message immidiately I purchased them nor shortly after only when they had money charged on my card and sent an invoice where I could see they would not arrive in the parcel :( ... with that I do get a bit upset because they should have informed me this before they charged me the money and send me the package, it could be, I would cancel the order and find somewhere else to buy the plates ... unfortunately CCHobby, I think I've had a few too many hick-ups with you the last few times I've traded with you, so I might not keep continuing trading with you :( 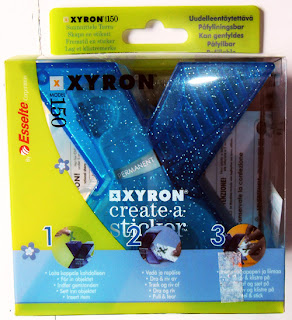 Today another private buy arrived, from Marianne, it's really not that long ago I bought one similar to Freya, through another private buy, but this time it's for myself, it is actually a quite easy and handy machine to handle :) 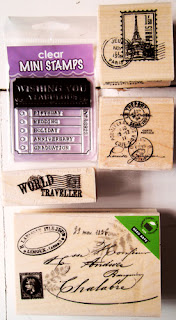