At Cuddly Buddly they have a category called "When It's Gone ... It's Gone!" ... it had disappeared for a while but now it is back again, thankfully :)  ...  the category has many pretty, wonderful and rather cheap things there, including these things I found there :) 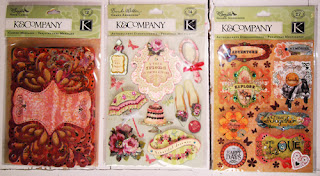 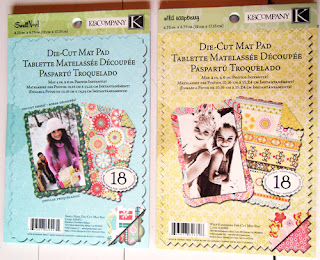 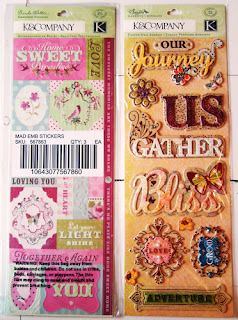 And here it's the Brenda Walton Embossed Stickers and Que Sera Sera Adhesive Chipboards.
Actually did I get another parcel today, just not delivered in the mail but a note on where I could pick it up, I'm a little crossed with this because I paid for it to be delivered to my address, so why should I have to drive around the city on a Saturday morning to get my package!!!!
When I came to the place where I could pick up my parcel, a place I've never been before, it just wasn't there as it should have been according the note, so I have to return again on Monday to get the package. and I am really very very crossed over this :(
***
Indsendt af Inge Willsen kl. 14.35